What is Ewing Sarcoma?

Ewing sarcoma is a rare type of pediatric cancer that usually occurs in bones or in the soft tissue around the bones. This type of tumor was first described by Dr. James Ewing in 1921, who found Ewing Sarcoma was different from the more common bone tumor, osteosarcoma.

Ewing sarcoma most often begins in the leg bones and in the pelvis, but this sarcoma can occur in any bone. Less often, the tumor starts in the soft tissues of the chest, abdomen, limbs or other locations.

Ewing sarcoma is more common in children and teenagers, but it can occur at any age.

Major advancements in the treatment of Ewing sarcoma have helped to improve the outlook for people with this cancer. After completion of treatment, lifelong monitoring is recommended to watch for potential late effects of intense chemotherapy and radiation.

Ewing sarcoma begins when a cell develops alterations in its DNA. A cell’s DNA contains the instructions that tell a cell what to do. The changes tell the cell to multiply quickly and to go on living when healthy cells would normally die. The result is a mass (tumor) of abnormal cells that can invade and destroy healthy body tissue. The abnormal cells can break away and spread (metastasize) throughout the body. In Ewing sarcoma, the DNA changes most often affect a gene translocation called EWSR1-FLI1 (11:22) although not always, which is one reason why genetic sequencing is so important. Many PPNET sarcomas exist that are classified as Ewing-Family tumor, but they are not the standard fusion.

The current standard of care for Ewing sarcoma patients is outlined below. This protocol has been followed for nearly a decade and continues to be the usual approach to treat localized Ewing sarcoma in North America in Children’s Oncology Group’s institutions. It includes high-dose chemotherapy with alternating vincristine-doxorubicin-cyclophosphamide and ifosfamide-etoposide cycles every two weeks and primary tumor treatment with surgery and/or radiation therapy.

What is the Children’s Oncology Group?

The COG, a National Cancer Institute supported clinical trials group, is the world’s largest organization devoted exclusively to childhood and adolescent cancer research. The COG unites more than 9,000 experts in childhood cancer at more than 200 leading children’s hospitals, universities, and cancer centers across North America, Australia, New Zealand, and Europe in the fight against childhood cancer.*

There is an enormous value in collecting enough tissue biopsy sample. Ideally, enough viable tissue would be collected to meet three needs:

Personalized testing is not necessarily proven in clinical trials to extend life, but may be in years to come. Therefore, insurance (rightly) may not reimburse these costs. However, “CLIA-compliant” services can be usable for clinical decision-making. Carefully discuss this option with your oncology team first.

Families feel that it is important to remember that the tissue belongs to the patient and their guardian, not to the local hospital. This promise allows the patient’s family to determine what happens to the sample. 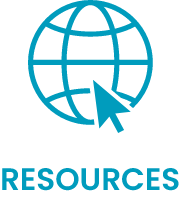 If your child’s Ewing sarcoma stops responding to treatment, comes back, or spreads to other parts of the body, you will need to work with your team to form a new care plan. Treatment may include more chemotherapy, surgery, radiation therapy, or a combination. Your child may also be eligible to participate in a clinical trial of a new therapy.

Below is a small list of active and recruiting trials for Ewing sarcoma treatments. Please note that this list is not at all exhaustive but rather a small sample of the trials being conducted in the U.S. For a complete list, click here.

Clinical Trial Search Engine – this engine helps find trials of one or many drugs open specifically to Ewing sarcoma refractory or relapsed patients. 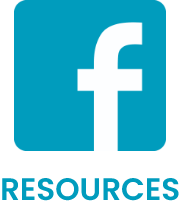