Because of Holly: Calleigh’s Impact 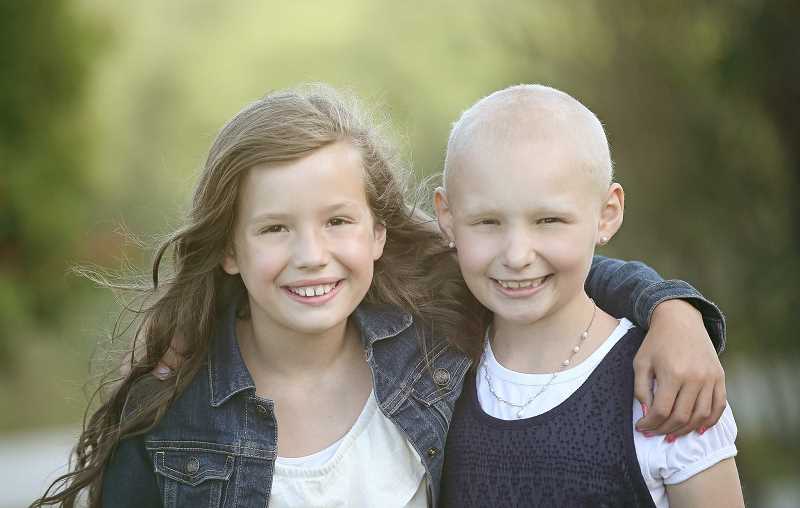 Calleigh began her special journey with cc-TDI only a few months after her best friend, Holly, passed away from rhabdomyosarcoma. Calleigh turned her grief into fuel to take action. Starting with her 6th grade science project on sarcoma, Calleigh became fully invested in fighting this disease –a promise she made to her best friendjustbefore Holly left this world.

cc-TDI has an open door to families–but Calleigh really took this engagement to a new level. “We weren’t really sure what to say when Calleigh came to the lab for feedback on her science fair project, only afew weeks afterHolly had passed away. I recall asking this serious 11 year with abright smile how she had come up with her project’s data andpresentation –it turns out she had found the information from many sources and had organized the data and created an analysisherself. Calleigh’s mom confirmed–and the five of us scientists just looked at each other and thought, wow –this gifted future scientist deserves a mentor!” said cc-TDI scientific director Charles Keller MD. That’s where cc-TDI bioengineer, Cora, came in.

Cora taught Calleigh about science–and the importance of math to the kinds of data that lab automation brings to childhood cancer research. Calleigh immersed herself in the labs missionand bought a book on statistics.But her technical and academic excellence was just part of the story –Calleigh’s empathy, compassion and drive to change things that “were not ok” about childhood cancer really inspired everyone around her.“Calleigh is truly unique in her perseverance to stand up to childhood cancer for her friend, Holly. When she came into the lab, I saw how exceptionally bright and inquisitive she really is. She asked me really tough questions on how cancer is formed andhow new drugs can be developed to fight cancer. I have no doubt that Calleigh will make a major impact in childhood cancer research.While Calleigh’s friend serves as her inspiration, Calleigh’s drive and tenacity continues to be an inspiration to me.”

To the lab’s surprise, Calleigh was doing more –much more in the year that followed. Starting her own small business, doing neighborhood odd jobs,collecting cans at schooland repurposing gifts for her birthday to funds for research, Calleigh made a casual visit to the lab one day with an enormous treasure of funds for research. Her business? Handmade crafts including jewelry of hammered metal and colorful beads.

This “eye for design” led to Calleigh getting to work with Sam’s dad, Oliver. Sam is a hepatoblastoma survivor, and his Dad is a designer for Nike. It seemed obvious to Ollie that Holly should get the opportunity to design a custom shoe in Holly’s memory. “She had a purpose and intent to every design element, and every color meant something, too”, said Oliver McLachlan.

The shoe’s world premier was at a 5k race at Nike’s World Headquarters this Fall, which Holly’s father Rick was able to attend. “When we found out that Calleigh would have the opportunity to work with the wonderful creative team at Nike and develop a shoein honor of our daughter Holly we were so touched that Calleigh would honor Holly and the friendship they had by doing this. The amount of love and thought that went into the design really came out when the shoe was revealed at the Nike fundraiser for cc-TDI. The shoe turned out amazing, all the wonderful details and reminders of Holly just blew me away. Calleigh also did an amazing job sharing her motivation for doing this to all who came out to participate and I was so honored to be there and witness thecourage drive of this amazing young woman”.

What’s next for Calleigh? We’re all sure it’s something great. And something that comes from the heart. Because from Calleigh and her best friend Holly we’ve learned, “Love is Everywhere”.